Honeybush tea (not to be confused with rooibos) is a deliciously fragrant herbal infusion prepared from the flowers and leaves of cyclopia species which grow only in the mountain regions of the Cape, in South Africa. For hundreds of years, the indigenous people have harvested the wild honeybush plants in these rugged, inaccessible areas to produce tea.

In addition, Honeybush tea is known to have numerous other health benefits: it is low in tannin, stimulates milk production in nursing mothers, acts as an expectorant and an antioxidant, possesses antiviral, anti-inflammatory, and anti-carcinogenic properties, and heals minor skin ailments. This tea is infused with 10% Full Spectrum CBD. This is not oil but rather the whole goodness of the plant.

Breast cancer is the most diagnosed form of cancer among women and also responsible for the most cancer-related deaths among women. However, in the near future Fynbos could help curb it, says Dr. Koch Visser of the Department of Biochemistry at Stellenbosch University (SU).

In a recent doctoral study at SU, he found that the Fynbos plant, Cyclopia, used to make honeybush tea, may help stop the development of breast cancer. Visser specifically looked at the effect of Cyclopia extracts on breast cancer cells to figure out the possible molecular mechanism behind this effect. He used tissue culture techniques to test the effect of extracts obtained from dried plant material. With tissue culture, commercially available cancer cells, grown in a laboratory and able to multiply indefinitely, are used for testing.

According to Visser, tissue culture is particularly useful to figure out molecular mechanisms because it is easier to manipulate. He adds that it also serves as a form of control because researchers at other institutions use the same cells and results are therefore comparable. “We found that Cyclopia extracts prevent the oestrogen-induced growth of breast cancer cells by targeting and inhibiting oestrogen receptor subtypes that promote the growth of these cells,” says Visser. Oestrogen, the female hormone, performs its physiological function through these receptor subtypes. “The fact that Cyclopia extracts target the receptor subtypes sheds light on the possible mechanism by which the extracts regulate the growth of breast cancer cells,” says Visser. “I’m particularly excited about the discovery that Cyclopia extracts are absorbed through the digestive tract while remaining nontoxic even at high concentrations. 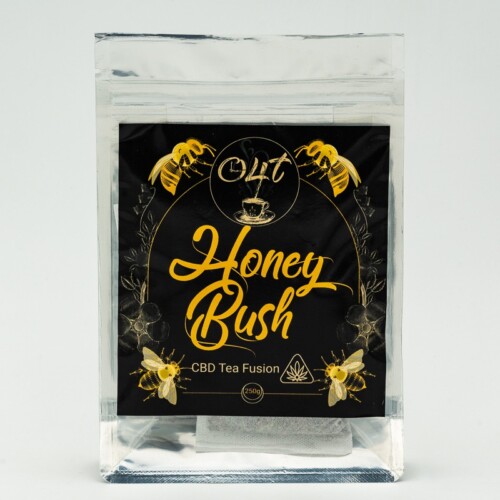 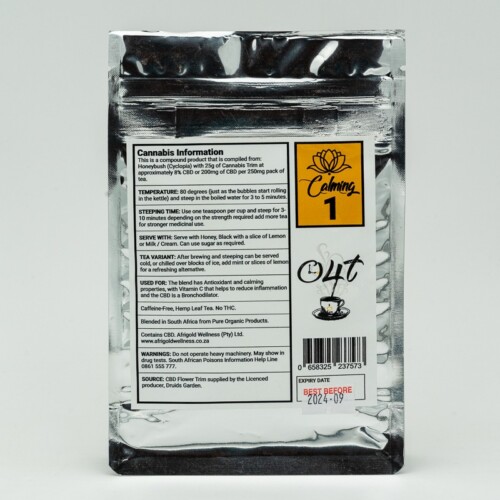 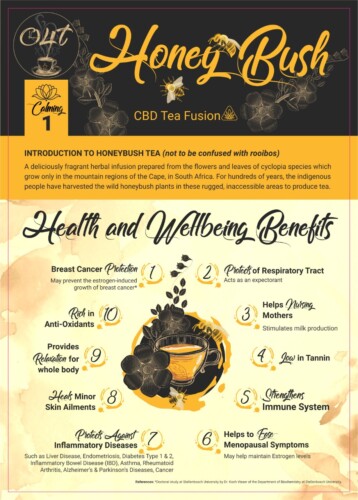 There are no reviews yet.

Be the first to review “Time 4 Tea – Honeybush” Cancel reply
No more offers for this product!

Shipping of products will be quoted/confirmed at the time of order confirmation.

There are no inquiries yet.